The review of this year’s RO-KA-TECH in Kassel is highly positive. “We are extremely satisfied,” says Ralph Sluke, Managing Director of the Association of Pipe and Sewer Technology Companies (VDRK), the organiser of the trade fair.

A total of 8565 trade visitors came to Kassel from 8 to 10 May to find out about the latest developments and technologies in the field of pipe and sewer technology. “Including the exhibitors and their employees, who traditionally use RO-KA-TECH to maintain contacts with each other, there were more than 11,000″, says Sluke. Two years earlier, the VDRK registered 7689 visitors who came to the fair at the invitation of exhibitors or as paying guests.

In the face of the additional space outside and inside, the VDRK had already expected growth, even though the outdoor area had primarily been expanded: “In bad weather, everything would have moved to the halls. But thank God the expected rain only came on Wednesday evening”, said Sluke. For the first time, instead of the almost 2,000 square metres that had previously been available, the Kassel Exhibition Centre had almost 3,000 square metres of outdoor space at its disposal, which was used extensively on all three days of the fair.

Compared to the last RO-KA-TECH, the number of exhibitors rose from 286 to 297. “We were fully booked – so growth was limited,” explains Sluke. Visitor numbers, on the other hand, showed a strong increase of 11.4 percent. All three days were very busy – especially Thursday. Thanks to the additional entrance and an improved ticket system, visitors only had to endure a few waiting times.

Every fourth visitor came to RO-KA-TECH from abroad – thus continuing the trend that had already become apparent at the last two events. Guests from a total of 59 nations around the globe arrived this time – more than ever before (2017: 43). In addition to countries such as Japan, China, Australia, the USA and Canada, there were also extraordinary countries of origin such as Sierra Leone and Bangladesh.

‘RO-KA-TECH is the clear favourite for us’

RO-KA-TECH has long since transcended its status as a niche event for the pipe and sewer technology industry – as some exhibitors have confirmed. For example, the Bochum-based technology provider I.S.T., which has so far primarily assembled its international clientele at IFAT in Munich, has already set its sights on the next date, 2021. “RO-KA-TECH has become our clear favourite,” says Managing Director Markus Dinklage.

For Frank Mersmann, Managing Director of the pipe liner manufacturer SAERTEX multiCom, RO-KA-TECH will also be on the calendar in two years’ time: “Once again it was great. It’s quite hard to imagine that just a few years ago we were thinking of perhaps withdrawing completely,” laughs Mersmann.

For Ralph Sluke and his VDRK team, planning for the next trade fair begins in summer. The next RO-KA-TECH will take place in the week from 19 to 25 April 2021.

Corrosion in oil pipes could be avoided with drones 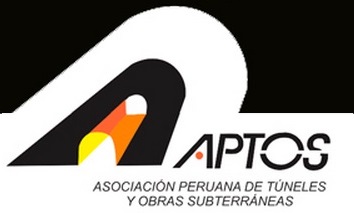